, /PRNewswire/ -- Wolverine, the 139-year-old boot and clothing company, today announced it is working with 343 Industries, developers of the blockbuster Halo franchise, to release a limited-edition boot inspired by iconic protagonist, the Master Chief. 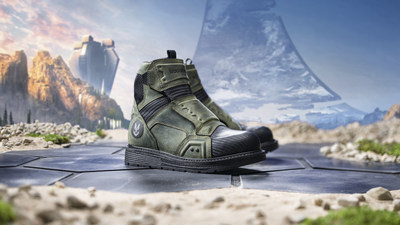 The collaboration and one-of-a-kind boot were originally inspired by Wolverine's Hellcat boot. After the brand released a video demonstrating the strength of the boot's safety toe in , fans and video gaming enthusiasts were quick to point out that the boot looked like gear straight out of the Halo universe. Comments rolled in asking the brand to make the boots a reality. Now, after nearly a year of design and collaboration, Wolverine and 343 Industries are answering the call, dropping 117 pairs of the Wolverine x Halo: The Master Chief limited-edition boots, on sale for beginning at on Wolverine.com/halo.

From the colors to the shape and design, the boot's aesthetic is recognizable to Halo fans, while providing the unwavering comfort, strength and support Wolverine is best known for in all their work boots.

"After nearly a year of design and collaboration, we're proud to launch the Wolverine x Halo: The Master Chief boot," said , Global Brand President of Wolverine. "This collaboration is a true testament to the devotion both Wolverine and 343 Industries have to our fans, and we couldn't be more thrilled to bring a boot inspired by the Halo universe to life."

The boots come at an exciting time for the Halo franchise. The December release of Halo Infinite, the latest game in the series, was the franchise's biggest in history – in January it was announced that more than 20 million people are playing. Furthermore, the Halo television series premiered exclusively on Paramount+ on .

"Given our roots in military science fiction, we've often heard from our fans that there is an appetite for a boot inspired by the Master Chief. So, when Wolverine approached us about a collaboration, we were ready to answer the call," said , Director, Halo and Xbox Consumer Products at 343 Industries - Microsoft. "The limited-edition boot gives Halo fans a chance to step inside (the boots) to become Master Chief and bring the Halo universe into their everyday life, and we're eager to see how fans react to the collaboration and forthcoming launches as part of our partnership with Wolverine."

For more details and to receive a reminder before the boot launch, visit Wolverine.com/halo.

ABOUT WOLVERINE
Wolverine, the 138-year-old boot and clothing company, is on a mission to honor the spirit and tenacity of the American worker and build the next generation of skilled trades people. Wolverine has contributed nearly over the last five years to organizations in support of the skilled trades. For more information, visit www.wolverine.com. Wolverine is a division of (NYSE: WWW)

About 343 Industries:
343 Industries is the developer of the blockbuster Halo series of video games and, as part of , oversees the Halo franchise including games, original programming, novels, comics, licensed collectibles, apparel and more. "Halo Infinite," the studio's most recent game release, has achieved critical success, receiving over 60 industry awards and is the most successful game release in Halo franchise history. The studio continues to transform entertainment experiences across the Halo universe with groundbreaking projects, such as the upcoming "Halo" television series for Paramount+, in partnership with and . 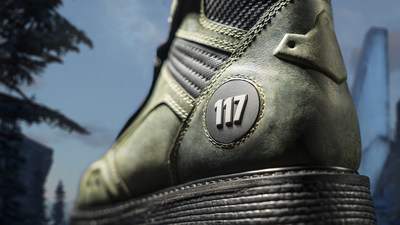 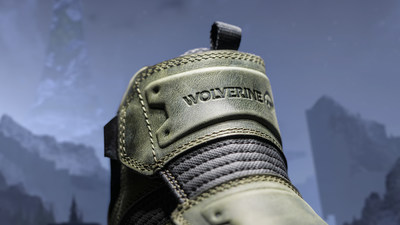