The brands come back together with a rugged, timeless design that features a wood heel handcrafted from the bourbon barrels that held this year's release of the Old Rip Van Winkle 10 Year bourbon

, /PRNewswire/ -- For a second year Wolverine and have come together to showcase true American craftsmanship with a new limited-edition Wolverine 1000 Mile boot, available today for pre-order. Once again, 100% of the revenue from the sale of these boots will go to the mikeroweWORKS Foundation Work Ethic Scholarship Program to help support the next generation of skilled tradespeople. Following a successful first collaboration, the Batch 2 Wolverine x Old Rip Van Winkle 1000 Mile boot honors both companies' commitments to creating the finest quality products through American workers. The new boot has a distinct look to distinguish from last year's batch, perfect for collectors looking to celebrate boots and bourbon still created largely the same way they were more than a century ago.

"This collaboration celebrates and supports the hard-working people behind our products," said , brand representative for Wolverine. "These rugged boots and fine bourbons would not be possible without the skills and dedication of so many blue-collar workers; farmers, coopers, carpenters, distillery workers, truck drivers, and shoemakers, to name a few."

Batch 2 of the Wolverine x Old Rip Van Winkle collaboration draws inspiration from the barrels that house the legendary Old Rip Van Winkle bourbons for 10 to 23 years. Made in the , this year's boot features a classic moc toe design and is made with Horween Whiskey Predator leather – a rugged leather meant to stand the test of time that only gets better with age. The heels are handcrafted from the wood of the bourbon barrels that held this year's release of Old Rip Van Winkle 10 Year bourbon. The boots are finished with a hand-numbered, textile tongue tag that reflects the individual craftsmanship put into each pair.

"We're thrilled to once again partner with Wolverine, a company that puts as much passion and care into creating their boots as we do our bourbon," said , fourth generation business owner of Old Rip Van Winkle. "Together, we're able to honor our shared commitment to craft while also supporting America's future workforce, inspiring a new generation to take pride in working with their hands."

Batch 2 of the Wolverine x Old Rip Van Winkle limited edition boots are available for pre-order now, ahead of the release date of . They can be purchased for at wolverine.com/oldrip.

ABOUT WOLVERINE
For over 135 years, Wolverine has taken pride in crafting durable boots with unrivaled craftsmanship. Today, Wolverine offers footwear, apparel and accessories to get the job done. Committed to supporting those in the skilled trades, Wolverine's Project Bootstrap was formed in 2014 to celebrate the spirit of the American blue collar worker and to help build the next generation of skilled tradespeople. For more information, visit www.wolverine.com. Wolverine is a division of (NYSE: WWW)

ABOUT OLD RIP VAN WINKLE
has a four-generation history, starting in the late 1800s with Julian P. "Pappy" ., and continuing today with Julian III and

From its early roots as the in to the selling of the Distillery in 1972 while resurrecting the Old Rip Van Winkle label at the same time, and following with new, original expressions in the early 1980s, the Van Winkle story has been one of perseverance and survival.

In 2002 the Van Winkles found joined forces with in , . All of the Van Winkle's whiskey production now takes place at under the same strict guidelines the family has always followed. For more information on the Van Winkle family of bourbon please visit www.oldripvanwinkle.com.

ABOUT THE MIKEROWEWORKS FOUNDATION
The mikeroweWORKS Foundation is a 501(c)(3) public charity that works hard to debunk myths and misperceptions about the trades and help close the skills gap. As CEO, speaks regularly about the country's dysfunctional relationship with work and challenges the persistent belief that a four-year degree is the best path for the most people. Through its Work Ethic Scholarship Program, the mikeroweWORKS Foundation provides financial assistance to people getting trained for in-demand, skilled jobs. Since its inception, it has granted, or helped facilitate the granting of, more than in support of technical and vocational education. 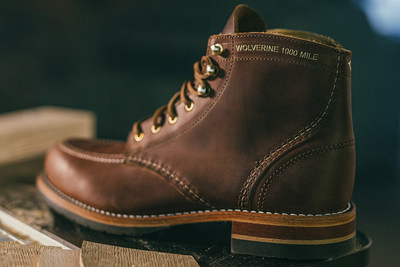 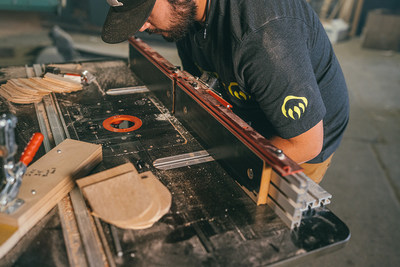 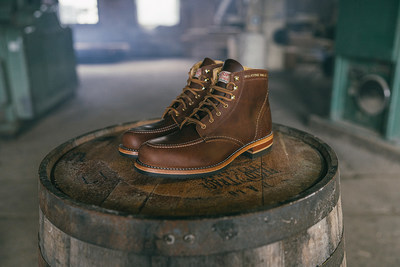 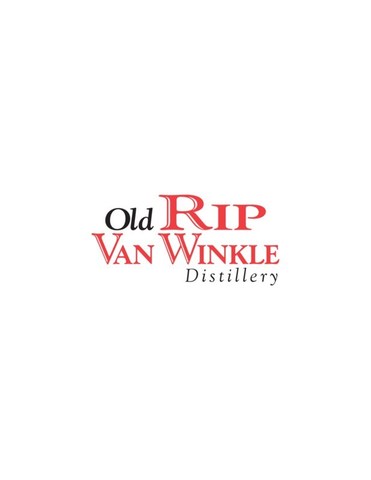